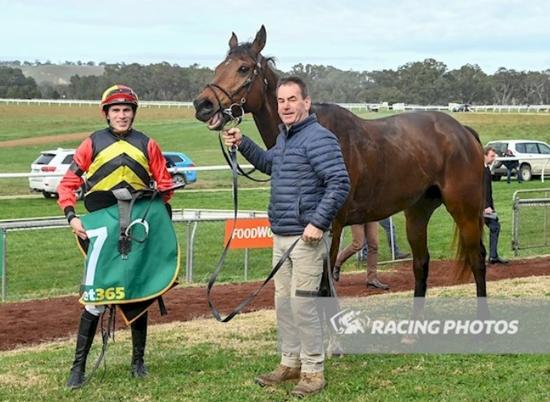 "He only has to jump it to win and he does!"

The Maiden Hurdle at Casterton today was summed up perfectly by Rick McIntosh, with Stanley (Stratum x El Ashb) putting in a bold last 200m to win his first race over the sticks. Ridden perfectly by claiming jumps jockey, Dylan McDonagh, Stanley showed us he's figured out this hurdle caper and topped off some recent promising form.

A 2YO half-brother by Bullet Train now in training is looking like he'll emulate his brother Stanley's talent, and with the Stratum gelding now just shy of $290,000 in earnings and eight wins under his belt. Limited ownership opportunities are still available in the young fella - call Neil if you're interested in being a part of the next journey for this outstanding family! 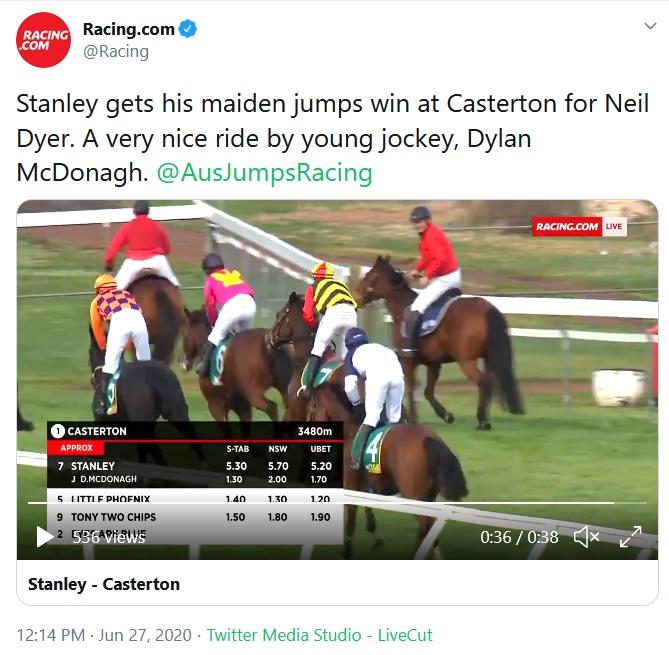